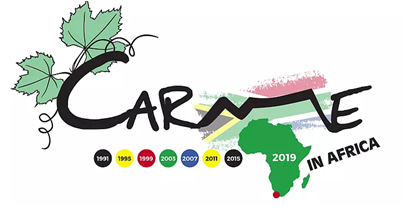 This is a popular series of conferences every four years, starting in Cologne in 1991, where it also took place in 1995 and 1999, then Barcelona in 2003, Rotterdam in 2007, Rennes in 2011 (where 50 years of correspondence analysis was celebrated, in the city where it originated) and Naples in 2015. The conference has attracted 100-200 participants each time and has led to four edited volumes of books and two special journal issues.

For the first time, CARME will take place outside Europe, in Stellenbosch & Cape Town, South Africa, organized by the Multivariate Data Analysis Group of the South African Statistical Association. If you have never visited South Africa, this is your chance to come, at the end of the South African summer, in what is the most beautiful region of the country, the winelands of the Cape and the Cape Peninsula where the cold Atlantic and warm Indian oceans meet in a spectacular setting. The website of the conference is:

Make your plans for a trip and conference of a lifetime!