Next year, the 11th Conference of IASC-ARS will be held on 21-24 February 2022 in a hybrid format on Doshisha University, Japan.  We are excited to announce the keynote speakers for next year:

The LOC of the IASC-ARS2022 invites interested members to submit proposals for invited sessions. The deadline is 30 June 2021. See here for further details: https://iasc-ars2022.org/IASC-ARS2022_Call_for_IS_Proposals.pdf

The IASC-ARS will host a special session as interim meeting at the annual meeting of the Japanese Society of Computational Statistics on 3-4 June 2021. It will be held at the Beppu International Convention Center, in Beppu City in the Oita Prefecture.

For more information: http://jscs.jp/conf/taikai35/  (in Japanese – use Google translate for an English version)

IASC-ARS Revised its Statute and By-laws

The revisions for the Statute and By-laws of IASC Asian Reginal Section were approved on 27 April 2021.

Summary: The conference was held virtually, and its theme this year was statistical computing for intelligence decision making. 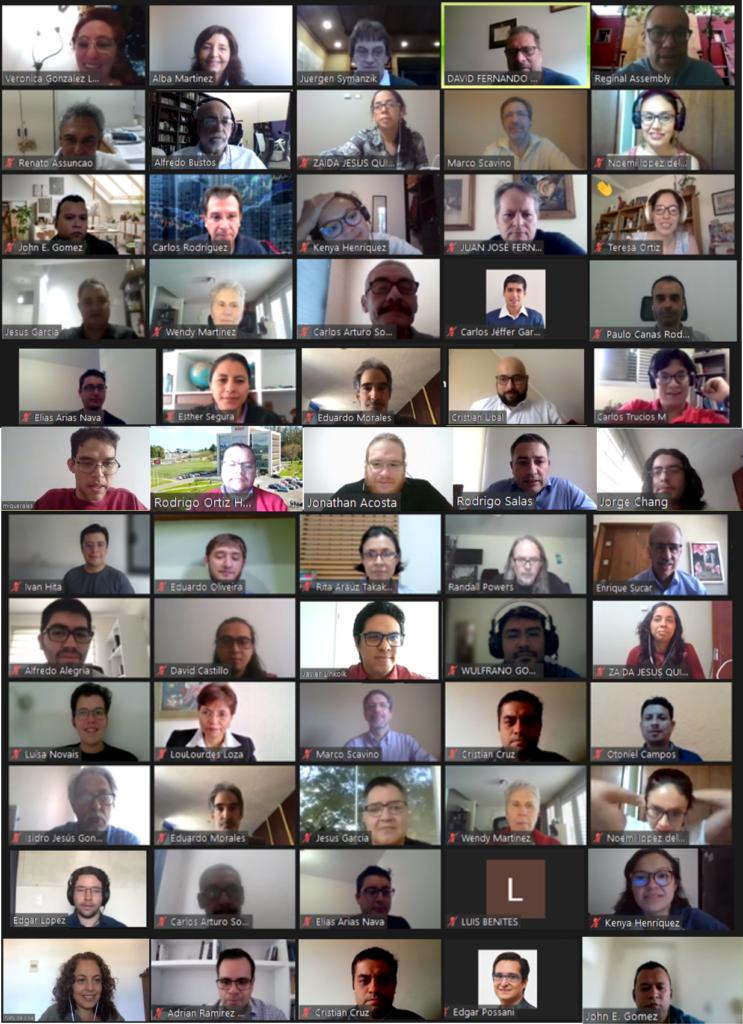 Keynotes at their presentations

There was also time for Mexican culture and music 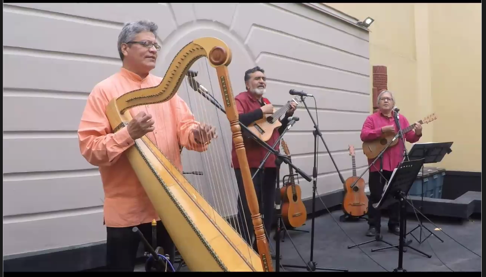 The 3rd IASC-LARS School on Computational Statistics and Data Science was a great success!

Title: The 3rd IASC-LARS School on Computational Statistics and Data Science was a great success

Summary: This year’s two-day workshop was on stochastic simulation and reinforcement learning.

The Third LARS-IASC School on Computational Statistics and Data Science was virtually held from April 17 to April 18, 2021. This was a satellite event of LACSC 2021 jointly organized by the Instituto Tecnológico Autónomo de México (ITAM), the Latin American Regional Section of the IASC, the International Association for Statistical Computing (IASC), and the International Statistical Institute (ISI).

This year the school theme was Stochastic Simulation and Reinforcement Learning. The two-day program included topics such as graphical models, Bayesian classifiers and networks, simulation output analysis, Markov chain Monte Carlo, and reinforcement learning. The school provided a global perspective on the ongoing research in the area and interesting applications in astrophysics. The course was attended by 25 students from Benin, Chile, Costa Rica, Estonia, Italy, Mexico, and Perú.

The school instructors were renowned professors in the discipline. Professor Dr. Luis Enrique Sucar received the BSc degree in Electronics and Communications Engineering from Tec de Monterrey (1980), the MSc degree in Electrical Engineering from Stanford University (1982), and the PhD degree in Computing from Imperial College (1992). He is a senior research in the National Institute for Astrophysics, Optics and Electronics, México. He has been an invited professor with the University of British Columbia, Canada, Imperial College, London, INRIA, France, and CREATE-NET, Italy. His main research interests include graphical models and probabilistic reasoning, and their applications in computer vision, robotics, energy, and biomedicine. He has more than 300 publications and has directed 21 Ph.D. thesis.

Professor Dr. David Muñoz received a BSc degree in Statistics from Universidad Nacional Agraria, La Molina (Perú), an MSc degree in Mathematics from the Pontificia Universidad Católica del Perú, and a MSc and PhD degree in Operations Research from Stanford University. He is Professor and Head of the Department of Industrial & Operations Engineering at the Instituto Tecnológico Autónomo de México (ITAM). Visiting posts include Stanford University, Nanyang Technological University of Singapore, the University of Valencia, and the University of Texas at Austin. His main research interests include probabilistic and statistical aspects of simulation, applications of simulation, and design and analysis of business processes. He has more than 100 publications. His papers have appeared in Operations Research, Management Science, Journal of Computational and Applied Mathematics, Business Process Management Journal, Operations Research Letters, International Transactions in Operational Research, and Interfaces, among others. He is co-author of the textbooks Introducción a la Ingeniería (Cengage Learning), and Simio y Simulación (Simio LLC), and author of Administración de Operaciones, Enfoque de Administración de Procesos de Negocios (Cengage Learning).

Professor Dr. Eduardo Morales received the BSc degree in Physical Engineering from Universidad Autónoma Metropolitana Azcapotzalco (1984), a MSc degree in Artificial Intelligence from The University of Edinburgh (1985), and a PhD degree in Computing from The Alan Turing Institute – University of Stratchclyde (1992). He is a senior research in the National Institute for Astrophysics, Optics and Electronics, México. He has been an invited researcher at the Electric Power Research Institute, USA, and the Instituto de Investigaciones Eléctricas, México, an invited professor at the University of New South Wales, Australia, and the Tec de Monterrey, Mexico. His main research interests include machine learning, artificial intelligence, relational reinforcement learning and robotics. He has more than 100 publications and has directed 11 Ph.D. thesis. 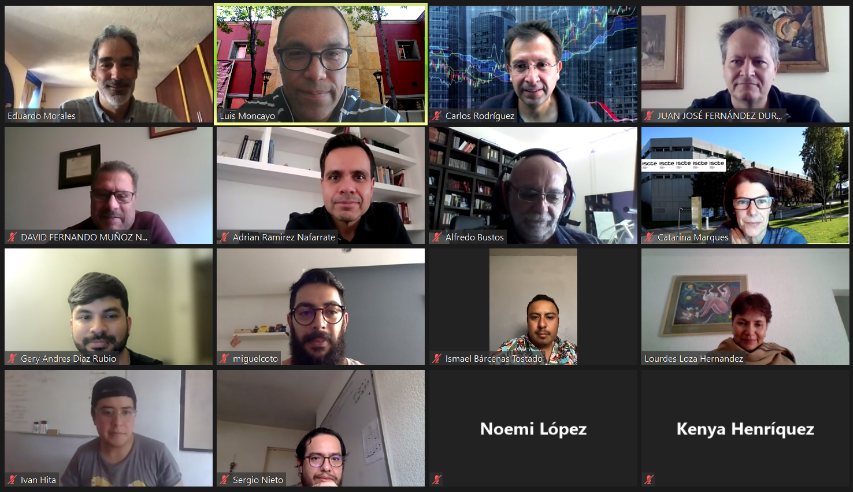 The IASC-LARS Best Paper Award and the IASC-LARS Best Poster Award are the mechanism through which the Latin American Regional Section of the IASC acknowledges an exceptional contribution to the theory, methods, and practice of statistical computing.

The IASC-LARS Best Paper Award 2021 and the IASC-LARS Best Poster Award 2021 were awarded at the closing ceremony of the LACSC 2021 5th Latin American Conference on Statistical Computing. The conference was virtually held on April 19-21, 2021. LACSC 2021 is the main meeting point of the Latin American scientific community in computational statistics. This year, the selection committee was formed by David F. Muñoz, Alba Martínez-Ruiz, Verónica González-López, and Paulo Canas Rodrigues. The winners are the following.

The IASC-LARS Best Paper 2021 winner is “Fast Bayesian inference for block-NNGP for large data” authored by Zaida Quiroz, Marcos Prate, Dipak Dey, and Håvard Rue. Zaida Quiroz is a full-time professor of Statistics at the Pontificia Universidad Católica del Perú. She received her PhD and MSc in Statistics from Universidade Federal de Minas Gerais, Brazil, in 2018 and 2014, respectively. Her research interest focuses on spatial statistics and Bayesian computational statistics.

The IASC-LAS Best Poster winner 2021 is “Mixed models for individual growth in random environment through Laplace approximation” authored by Nelson Jamba, Patricia Filipe, Gonçalo Jacinto, and Carlos Braumann.Nelson T. Jamba is student in the PhD program in Mathematics at the University of Évora, Portugal, and researcher of the Statistics, Stochastic Processes and Applications Group of the Research Centre for Mathematics and Applications, Institute of Research and Advanced Training of the University of Évora.

Congratulations to the winners!

Summary: IASC-LARS recently reviewed and revised its statutes that now have been approved

The Latin American Regional Section recently approved an updated version of its statutes. This constitutes a step towards an institutionalized regional section. The IASC-LARS Executive Committee worked on updating the IASC-LARS Statutes during 2020. They were approved by the IASC-LARS BoD on January 27, 2021, and by the IASC BoD on April 16, 2021. The updated Statutes and By Laws are already available at https://iasc-isi.org/lars-statute/ and https://iasc-isi.org/lars-by-laws/, respectively. The improvements are aimed at clarifying some key aspects such as the roles and responsibilities of the Board of Directors members, the election process of the officers, the management of profits and benefits, among others.

Title: IASC-LARS held its 2021 Board of Directors Meeting and General Assembly

Summary: IASC-LARS held its virtual 2021 Board of Directors Meeting and General Assembly in April 2021

The IASC-LARS Board of Directors Meeting and the IASC-LARS General Assembly took place virtually on April 20, 2021. After the opening words, the Executive Committee presented the IASC-LARS Report of Activities 2016 – April 2021, which was unanimously approved by the officers of the IASC-LARS BoD. The report provided an updated account of the section’s activities between 2016 and April 2021, among others,

Other topics also addressed were the elections of new IASC-LARS members, the IASC-LARS Strategic Plan 2021-2025, the IASC-LARS budget, memberships, strategic guidelines, among others. These themes were also shared with the participants of the IASC-LARS General Assembly, which was attended by 22 persons. During the meeting, the new BoD members were welcomed, and María Nela Pastuizaca Fernández (Ecuador) was elected as the new IASC-LARS Scientific Secretary. See the news regarding the new IASC-LARS Board of Directors.

New IASC-LARS Board of Directors

Summary: IASC-LARS introduced its new Board of Directors. A new Scientific Secretary was elected by the Board members.

Since April 20, 2021, the Latin American Regional Section has a new Board of Directors. The election of four new members took place from September 2020 to February 2021. The Elections Committee consisted of three LARS Officers: Verónica González-López (Chair of the Committee, Brazil), David F. Muñoz (México), and Manuel Mendoza (México). Voting took place from December 21, 2020 to January 15, 2021.

The elected members to serve in the IASC-LARS Board of Directors 2021-2024 are Luis Moncayo Martínez (México), Valdério Reisen (Brazil), Maria Nela Pastuizaca Fernández (Ecuador) and Ricardo Sanders Ehlers (Brazil). María Nela Pastuizaca Fernández was elected IASC-LARS Scientific Secretary at the IASC-LARS BoD Meeting 2021. Congratulations to the new members and thanks Maria Nela for accepting this commitment!

Therefore, since the IASC-LARS Board of Directors 2021, the members of the new Executive Committee of the Latin American Regional Section are as follows,

Congratulations! We welcome you and we wish you the best of success in the effort to further the progress of statistical computing!

Title: A Report of the Second Physical Symposium on Applied Statistics with R Syntax 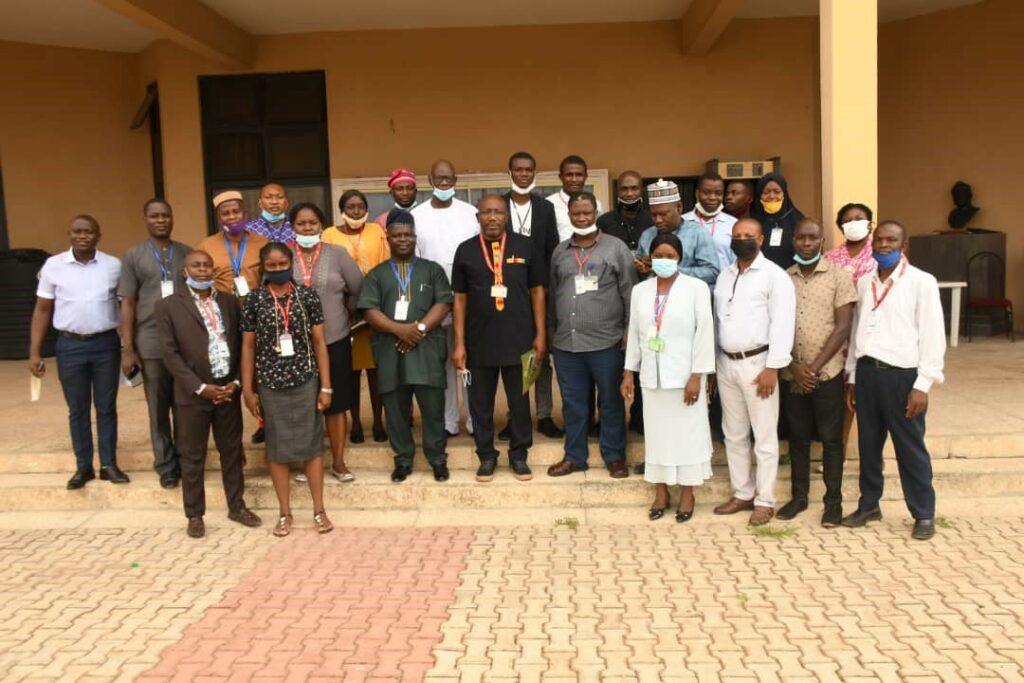 Contents of the Report

The two-day physical symposium on the application of R language for applied statistics, which was held between 7th and 8th April, 2021 at the Postgraduate Halls of the Nasarawa State University, Keffi, Nigeria, started with a 30-minute opening ceremony at exactly 9:00am (Nigerian time). The occasion was ceremoniously witnessed by the representative of University’s Vice Chancellor, the DVC – Acad., where many were encouraged to learn the use of computing tools for statistical analysis. Two venues were used as a result of high rate of turnout of attendance.

The application turnout was highly impressive! By average, a total of 92 participants attended the symposium. Out of these, 67 (73%) were males while 25 (27%) were females. However, the participation cuts across many areas of human endeavors such lecturing, civil and public services, undergraduate, graduate, and postgraduate studentship, among others. The selection process was done with preference to those with computing skills and little knowledge about the use of computer.

The 2-day fully practical training on the use of R language to handle applied statistics was aimed at providing the participants with some of the basic skills required to anchor their statistical problems with ease. A number of topics most relevant to those in academia and industry were touched during the two-day physical togetherness. In addition, real life applications with industrial illustrations were extensively discussed with the participants. Case studies, syndicate or practical exercises, graphic illustrations and the likes were used as methods to deliver lectures via PowerPoint presentation, the use of flip chart stand, paper and markers. It is imperative to report that all the participants came along with their personal systems (laptops) with a view to making things easy for conduciveness.

At the end of the training, participants were assessed through practical class and majority of them were able to identify and employ appropriate methodologies to extract meaningful information for decision making; get more acquitted with the use of R engine to solve basic statistical problems involving hypothesis testing and estimation; generate and tabulate sets of data, and perform statistical operations with a view to determining the appropriate statistical tool for handling some basic problems in statistics; and also were able to present information using graphics and visualization methods. This is just to mention but a few of the lessons learnt by the participants.

In fact, this symposium, which was facilitated by Dr Monday ADENOMON and Timothy OGUNLEYE, has opened the minds of many participants to migrate from their old computing techniques to a more robust one like the use of R language. However, from the vote of thanks delivered by two selected participants (a male and a female), deep appreciations were extended to the President of IASC and his team for approving funds for this kind of training to take place in Nigeria. From their prayers, they demand for more of such, if possible, to be conducted in southwest, Nigeria before the years runs out.

Specifically, on behalf of the Chair and executive members as well as the generality of IASC African Members Group, I will like to say a very big thank you to Prof. Juergen and his team – IASC for their continuous supports and sponsors given to us with a view to encouraging the implementation of our strategic plans for the year 2021. Thank you so much.